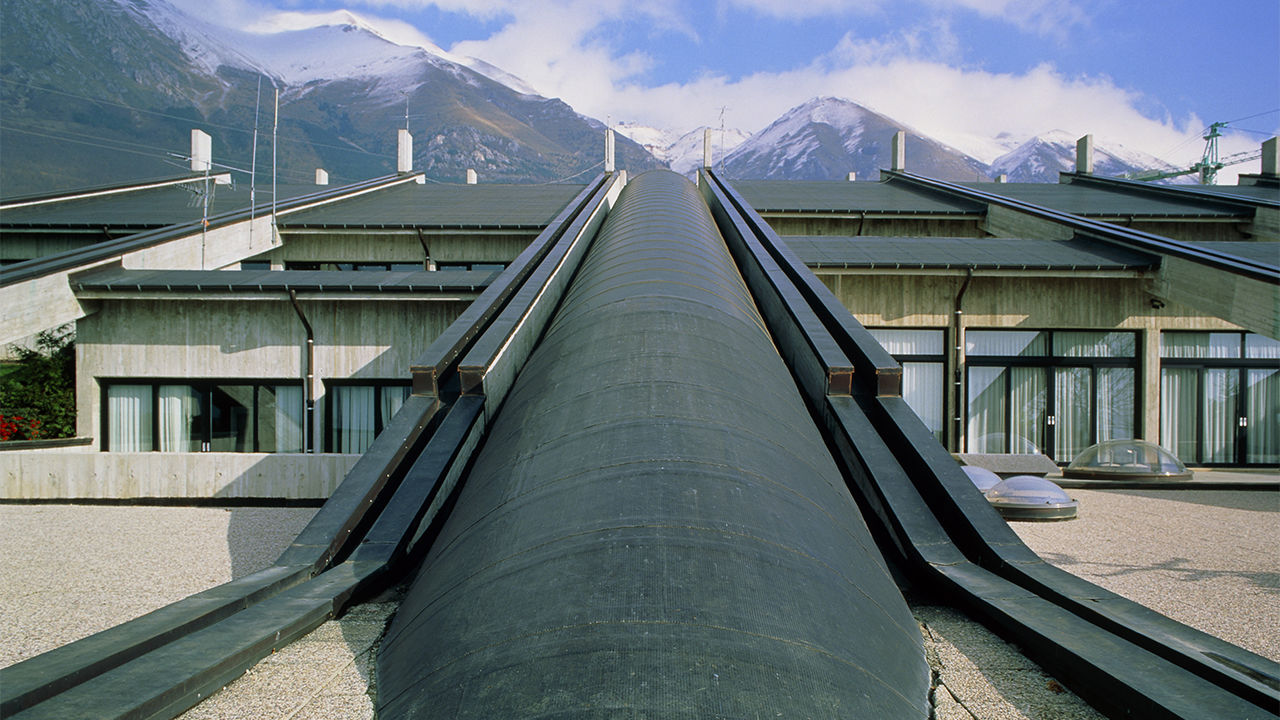 Gravity is unlikely to be the cause of quantum collapse, suggests an underground experiment at Italy’s Gran Sasso National Laboratory.

It’s one of the oddest tenets of quantum theory: a particle can be in two places at once—yet we only ever see it here or there. Textbooks state that the act of observing the particle “collapses” it, such that it appears at random in only one of its two locations. But physicists quarrel over why that would happen, if indeed it does. Now, one of the most plausible mechanisms for quantum collapse—gravity—has suffered a setback.

The gravity hypothesis traces its origins to Hungarian physicists Károlyházy Frigyes in the 1960s and Lajos Diósi in the 1980s. The basic idea is that the gravitational field of any object stands outside quantum theory. It resists being placed into awkward combinations, or “superpositions,” of different states. So if a particle is made to be both here and there, its gravitational field tries to do the same—but the field cannot endure the tension for long; it collapses and takes the particle with it.

Renowned University of Oxford mathematician Roger Penrose championed the hypothesis in the late 1980s because, he says, it removes the anthropocentric notion that the measurement itself somehow causes the collapse. “It takes place in the physics, and it’s not because somebody comes and looks at it.”

Still, the hypothesis seemed impossible to probe with any realistic technology, notes Diósi, now at the Wigner Research Center, and a co-author on the new paper. “For 30 years, I had been always criticized in my country that I speculated on something which was totally untestable.”

New methods now make this doable. In the new study, Diósi and other scientists looked for one of the many ways, whether by gravity or some other mechanism, that a quantum collapse would reveal itself: A particle that collapses would swerve randomly, heating up the system of which it is part. “It is as if you gave a kick to a particle,” says co-author Sandro Donadi of the Frankfurt Institute for Advanced Studies.

If the particle is charged, it will emit a photon of radiation as it swerves. And multiple particles subject to the same gravitational lurch will emit in unison. “You have an amplified effect,” says co-author Cătălina Curceanu of National Institute for Nuclear Physics in Rome.

To test this idea, the researchers built a detector out of a crystal of germanium the size of a coffee cup. They looked for excess x-ray and gamma ray emissions from protons in the germanium nuclei, which create electrical pulses in the material. The scientists chose this portion of the spectrum to maximize the amplification. They then wrapped the crystal in lead and placed it 1.4 kilometers underground in the Gran Sasso National Laboratory in central Italy to shield it from other radiation sources. Over 2 months in 2014 and 2015, they saw 576 photons, close to the 506 expected from naturally occurring radioactivity, they report today in Nature Physics.

By comparison, Penrose’s model predicted 70,000 such photons. “You should see some collapse effect in the germanium experiment, but we don’t,” Curceanu says. That suggests gravity is not, in fact, shaking particles out of their quantum superpositions. (The experiment also constrained, though did not rule out, collapse mechanisms that do not involve gravity.)

To confirm the result, physicists need to engineer those superpositions directly, as opposed to relying on random natural occurrences, says Ivette Fuentes of the University of Southampton: “You should, in principle, be able to make a superposition of massive particles. So let’s do it.” She says her team is working to create clouds of 100 million sodium atoms at a temperature just above absolute zero.

Although Penrose praises the new work, he thinks it’s not really possible to test his version of the model. He says he was never comfortable with particle swerves, because they might cause the universe to gain or lose energy, violating a basic principle of physics. He has spent the pandemic lockdown creating a new and improved model. “It doesn’t produce a heating or radiation," he says. In that case, gravity might be causing collapse, yet hiding its tracks.

Other factors such as interactions between germanium protons and electrons might also cloak the signal, says theoretical physicist Maaneli Derakhshani of Rutgers University, New Brunswick. All in all, he says, if gravity does cause collapse, the process has to be more complicated than Penrose originally proposed. “One could reasonably argue that … the juice isn’t worth the squeeze.” 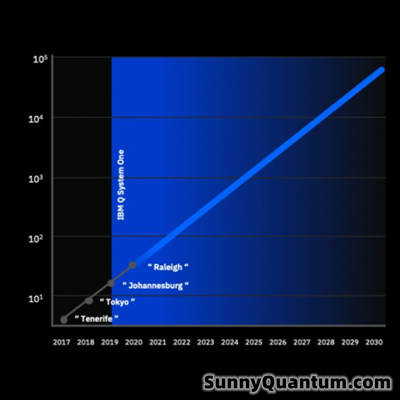 IBM announced at ces2020 that its latest 28 bit quantum computer, Raleigh, has achieved the company's goal of doubling the quantum volume (IBM named its system after the city). Raleigh's quantum sales this year increased from 16 last year to 32. Raleigh borrowed the improved hexagon lattice connectivity structure from the 53 bit quantum computer of IBM, which has the improved coherence property. According to IBM, lattice connections have an impact on reducing gate error and crosstalk exposure.

Since 2017, IBM has doubled the quantum volume of its system every year, when it first demonstrated the quantum volume of 4 with its five bit computer, tenerite. In 2018, 20 digit Tokyo obtained 8 quantum quantities, and last year, 20 digit IBM Q system one (called Johannesburg) obtained 16 quantum quantities. Increasing quantum capacity every year is an important goal for both IBM and the whole quantum computing industry. Last year I wrote a more detailed description of quantum volume, which you can find here.

The larger the quantum volume is, the more realistic and complex the problems that quantum computers may solve, such as those explored by the IBM quantum network organization. 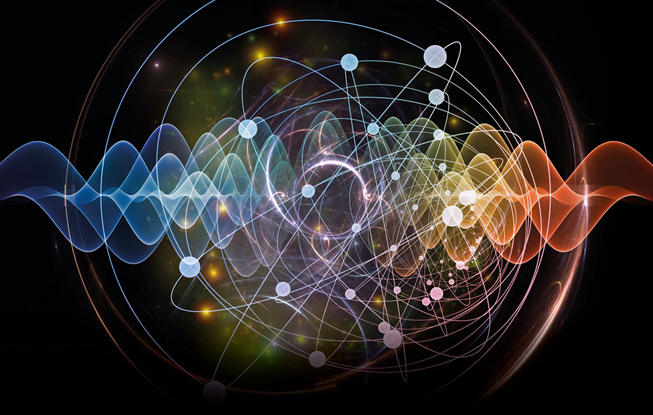 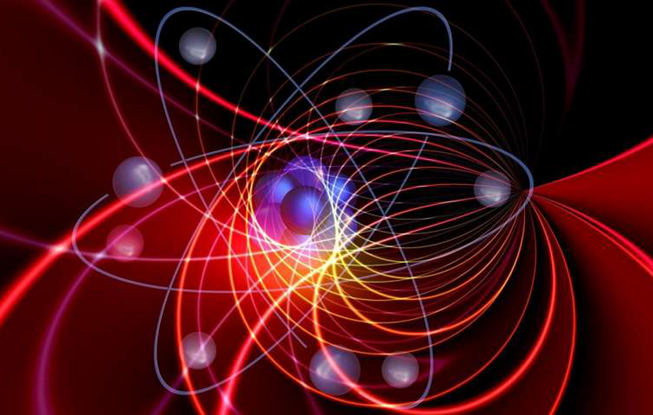 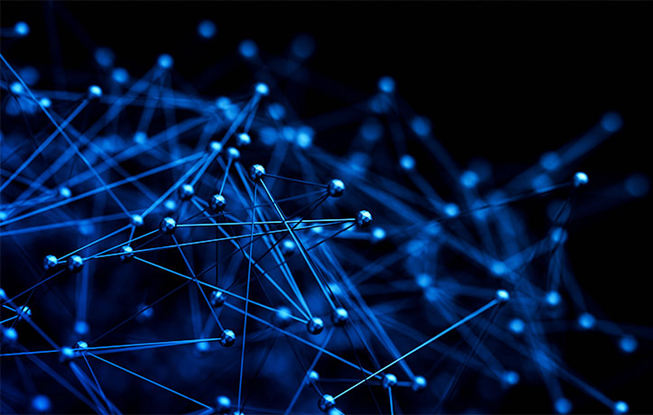